How - not to get scammed at Petrol Pump/Stations

Almost all of us are motorists, and, like it or not, we need to stop at petrol stations from time to time. This is the closest segment of... 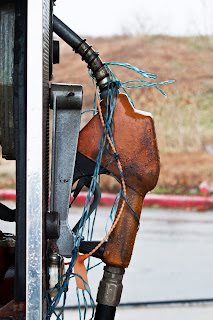 Almost all of us are motorists, and, like it or not, we need to stop at petrol stations from time to time. This is the closest segment of the fuel and energy complex to us. It would seem that everything is simple and perfectly transparent. But, it turns out, that you get scammed in such a way that you do not even get to know about it.

How do you get scammed?
Well, to steal petrol, pump owners often rig the meter in advance while some installs a small chip into the machines with the help of which you get to see the false meter readings on the petrol pump machine.

When you ask a person at the station to fill the petrol for any of these set amounts 50, 100, 200, 500 or 1000 rupees then their machine works as per their configuration. The meter starts to run and shows a false reading making it appear as if the correct amount of petrol has been given for your money but in reality, the petrol falls short of 10/20/30ml. So in this condition, you do not even get to know how much petrol has come in your vehicle.

It's been some time but I remember to have read somewhere that there was a person who went to a petrol pump and asked a person to get his vehicle tank full, the executive filled 15 liters of petrol in his car, while the maximum capacity of his car was 13 liters. So you might have understood what could have happened. Yes! a direct 2-liter scam.

Also, there are times when the executive stops the nozzle in the middle while filling the oil and the meter still continues to move even though the oil gets stopped.

So, how to survive this Petrol/Diesel scam? Well, I am about to tell you some ways in which you can avoid this thug.

DIY,37,Health,47,Money,20,My Diary,33,News,55,Reviews,28,Science,26,Store,15,Tech,58,
ltr
item
Homies Hacks: How - not to get scammed at Petrol Pump/Stations
How - not to get scammed at Petrol Pump/Stations
https://3.bp.blogspot.com/-WKcovFNX5tE/WzT6tGCwXlI/AAAAAAAAAhI/eeSbIYEg2UkdE76XFw2y_BiXAtNBFMBNgCLcBGAs/s320/petrol%2Bscam%2BHomies%2BHacks.jpg
https://3.bp.blogspot.com/-WKcovFNX5tE/WzT6tGCwXlI/AAAAAAAAAhI/eeSbIYEg2UkdE76XFw2y_BiXAtNBFMBNgCLcBGAs/s72-c/petrol%2Bscam%2BHomies%2BHacks.jpg
Homies Hacks
https://www.homieshacks.com/2018/06/how-not-to-get-scammed-at-petrol.html
https://www.homieshacks.com/
https://www.homieshacks.com/
https://www.homieshacks.com/2018/06/how-not-to-get-scammed-at-petrol.html
true
5792707671424551706
UTF-8
Loaded All Posts Not found any posts VIEW ALL Readmore Reply Cancel reply Delete By Home PAGES POSTS View All RECOMMENDED FOR YOU LABEL ARCHIVE SEARCH ALL POSTS Not found any post match with your request Back Home Sunday Monday Tuesday Wednesday Thursday Friday Saturday Sun Mon Tue Wed Thu Fri Sat January February March April May June July August September October November December Jan Feb Mar Apr May Jun Jul Aug Sep Oct Nov Dec just now 1 minute ago $$1$$ minutes ago 1 hour ago $$1$$ hours ago Yesterday $$1$$ days ago $$1$$ weeks ago more than 5 weeks ago Followers Follow THIS PREMIUM CONTENT IS LOCKED STEP 1: Share to a social network STEP 2: Click the link on your social network Copy All Code Select All Code All codes were copied to your clipboard Can not copy the codes / texts, please press [CTRL]+[C] (or CMD+C with Mac) to copy Table of Content