Can you start your car using AA batteries?

Can you start your car using AA batteries from your home? Let's find out. 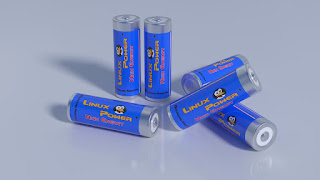 In some aspects we could consider the battery of our cars similar to any battery for domestic use, but larger. Does this mean that it is possible to start a vehicle using batteries designed for remote controls?

I asked myself about alternative ways that could start my vehicle, especially on those few occasions when I was in hurry & couldn't start my vehicle because the battery was dead. In that situation, a person feels as if all the miseries of the world has fallen on to his shoulders.

Although the vehicles must be checked and maintained periodically by a specialist in a technical service, there are occasions when the car unexpectedly dies due to battery stoppage.

So is it possible to remove the "AA" battery from all of the home controls and turn on the car? Well, even though technically it is possible, yet it will not be that simple, instead it will be expensive, and probably dangerous.

I did some research and found that a car uses a 12-volt battery, while the AA batteries we have at home work at 1.5 volts. But, obviously, that is not the most important issue when turning on the engine of a car. If you are thinking that with 8 AA batteries connected in series you could start a car, then you are wrong, but that would be enough to reach the 12 volts of the battery of our car.

The ignition of a car engine, its starter, requires about 250 amps for a moment. The important thing, beyond the voltage of the circuit, is to reach the necessary intensity. AA batteries produce about 10 amps, so we can already understand that the problem is more complex than we would have imagined at first.

To be able to start a car it is necessary that the starting system receives about 250 amps constantly for a little more than half a second.

However, although this would suffice on paper, if we put it into practice we find another factor (or problem): the resistance present in the circuit.

We must take into account the resistance of the welds and the connections, to the point where to effectively start an engine we need to multiply that number of batteries several times. Hence, the number of AA batteries that could be needed now would be in thousands, i.e., anywhere between 1,200 and 5,000, and this would only serve a single time (Yes! that's right).

As informed earlier the process also involves risks, such as the possibility that the connections will not withstand the resistance of the circuit, and may even cause a fire.

In short, it does not seem that trying to start the engine of your car with AA batteries is a good idea.

So if you thought you had this alternative to get out of trouble (just like me) when the 12-volt battery in your car broke down then you must think again.

But there are much more quick and economic alternatives, such as contacting a friend or a neighbor who has some cables to bypass the battery of your car.

Also, in the market, you will find compact batteries, like a powerbank, which are not only capable of recharging our phone, and our gadgets, but also laptops, or even start the engine of our car. So you can definietly go for it for a successful and safer ride.

Some points that you should be aware of as to why the battery problem arises:

Lack of use
It is advisable to start the engine and move the car from time to time, especially in the winter season -or when exposed to low temperatures-, to operate its elements and prevent them from rusting.

Wear and tear
The life of a battery can be between two and four years depending on the driving style and the maintenance that you provide, after that it is necessary to replace it with a new one.

Corrosion
If you notice abnormalities in your battery such as corrosion in the terminals or deformities on the surface then it can cause the battery to discharge continuously.

I hope you have found this article quite informative. If you would like to add any extra point then do mention the same in the comments.