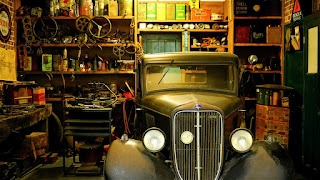 I have compiled a list of the most useless car accessories that only makes a dent in your wallet.

The leader on this list is the light equalizer. It is installed on the rear window, which greatly hinders the view. In addition, in the dark, it completely excludes the driver to see something behind him, and besides, he strongly distracts other road users.

Experts say that the car does not become more beautiful from this, and there is no benefit from it.

Deflector on the hood

On the second line of the rating is a deflector on the hood (also known as a fly swatter). In theory, it should improve the aerodynamic properties of the car, but the device does not cope with its functions. According to the auto experts, it not only spoils the appearance of the car but also creates an additional source of noise at high speeds. In addition, this pad prevents moisture from evaporating when washing the car.

The main purpose of ionizers is to clean the cabin and saturate the air with negatively charged ions useful for our body. At first glance, it seems to be very innovative and useful. However, in reality, the power of a compact ionizer, which is powered by a cigarette lighter, will simply not be enough, even to cope with a small amount of air inside the car. Therefore, after the purchase of such an expensive fixture, many car owners simply forget about the ionizer after 1-2 weeks, and it later gathers dust in the trunk or at home in the storeroom. 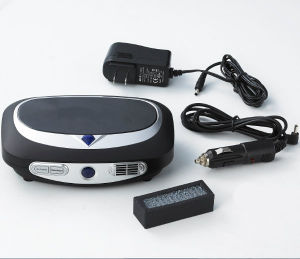 Another seemingly useful device, which in reality though is expensive and useless. The capacity of a domestic ozonizer will not be enough to treat the air inside the car. Moreover, the air in the car is constantly updated, and there is a fence from the street. Therefore, for effective cleaning and ozonation of oxygen, it will be necessary to purchase not a small car accessory, but a full-size ozonizer, the cost of which will be extremely high.

Fur cover on the steering wheel 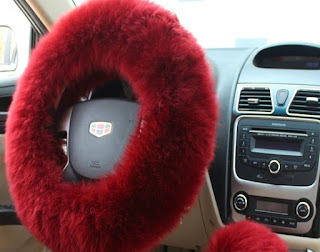 Probably, this accessory will be useful for residents of the far north, but in other cases, it looks very vulgar and only emphasizes the tastelessness of the owner of the car. 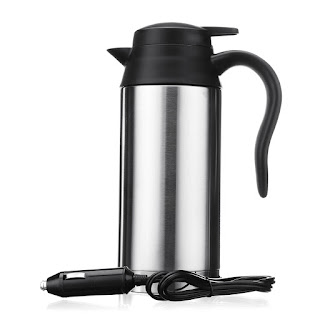 In the car accessories stores, you can find a variety of car kettles and boilers. Indeed, such simple devices work from a cigarette lighter, and literally, in 5 minutes they will be able to boil a cup of tea or heat water to warm up on the road. However, it is much easier to use a time-tested thermos for such situations or to stop at numerous roadside cafes. Among other things, such heating elements significantly load the onboard network, which can lead to problems with the charge of the battery, and to the melting of the wiring and fire. 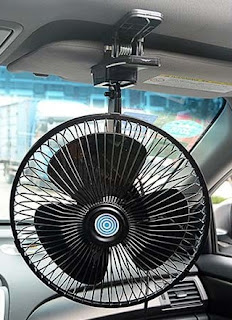 In the eighties of the last century, when cars simply did not have full-fledged air conditioners, simple fan blades were invented that blown drivers and passengers, thereby solving problems with heat in the summer. However, today, when most cars are already equipped with an efficient climate, the use of such fans seems an anachronism. Therefore, for the majority of car owners, the purchase of such auto accessories will be simply useless. 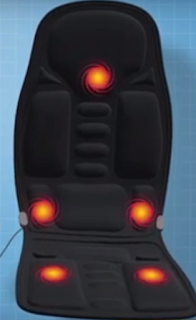 Each of the drivers who spent several hours on the road knows perfectly well how hard their backs are on a long journey. Therefore, various covers and seat covers, which have a heated and built-in massage, are popular. However, the effectiveness of these accessories is not too high. To guarantee the correct anatomical massage, in this case, will be simply impossible. That is, the effectiveness of such covers with vibromassage will be minimal.

If a spoiler could be useful to your car, it would be included in the design and assembled at the factory, but the bolted "somehow" spoiler can only brake the car while driving.

And what useless car accessories are known to you?

DIY,37,Health,47,Money,20,My Diary,33,News,55,Reviews,28,Science,26,Store,15,Tech,58,
ltr
item
Homies Hacks: Most Useless Car Accessories that only put a Dent on your Wallet
Most Useless Car Accessories that only put a Dent on your Wallet
List of Car Accessories which are completely USELESS
https://4.bp.blogspot.com/-0WAL5ZKBAwM/XCG7S0G9epI/AAAAAAAABEw/6QeDwVuGil4DkEJ3K3Crh-EnpVdZDkRGACLcBGAs/s320/Most%2BUseless%2BCar%2BAccessories%2B-%2BHomies%2BHacks.jpeg
https://4.bp.blogspot.com/-0WAL5ZKBAwM/XCG7S0G9epI/AAAAAAAABEw/6QeDwVuGil4DkEJ3K3Crh-EnpVdZDkRGACLcBGAs/s72-c/Most%2BUseless%2BCar%2BAccessories%2B-%2BHomies%2BHacks.jpeg
Homies Hacks
https://www.homieshacks.com/2018/12/most-useless-car-accessories-than-only.html
https://www.homieshacks.com/
https://www.homieshacks.com/
https://www.homieshacks.com/2018/12/most-useless-car-accessories-than-only.html
true
5792707671424551706
UTF-8
Loaded All Posts Not found any posts VIEW ALL Readmore Reply Cancel reply Delete By Home PAGES POSTS View All RECOMMENDED FOR YOU LABEL ARCHIVE SEARCH ALL POSTS Not found any post match with your request Back Home Sunday Monday Tuesday Wednesday Thursday Friday Saturday Sun Mon Tue Wed Thu Fri Sat January February March April May June July August September October November December Jan Feb Mar Apr May Jun Jul Aug Sep Oct Nov Dec just now 1 minute ago $$1$$ minutes ago 1 hour ago $$1$$ hours ago Yesterday $$1$$ days ago $$1$$ weeks ago more than 5 weeks ago Followers Follow THIS PREMIUM CONTENT IS LOCKED STEP 1: Share to a social network STEP 2: Click the link on your social network Copy All Code Select All Code All codes were copied to your clipboard Can not copy the codes / texts, please press [CTRL]+[C] (or CMD+C with Mac) to copy Table of Content