Can a Human Live on Mars? What's NASA's Plans?

Would you like to live on Mars, check out what NASA has to say. 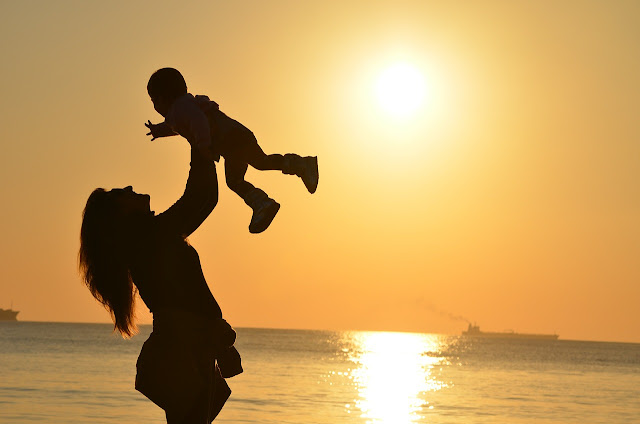 When talking about life outside the Earth, the first possibility that comes to the minds of scientists is Mars, the closest thing to our planet in the Solar System.

The current knowledge of the Mars environment is the result of over two centuries of observational observation of its astronomical appearance and ultimately of its astrophysical features.

If one day man decides (and can of course) to make a small colony on Mars, the North American Aerospace Agency (NASA) already warns that children born there will be taller than humans born on Earth.

NASA has also announced that it intends to send people to the Red Planet by 2030.

Despite such excitement, living on the planet is much harder than we think.

On Earth we are constantly subjected to the force of gravity throughout our lives. On other planets in our solar system, this would not happen. As a result it wont make a human body as good as it is on Earth. And under these circumstances, Mars colonialists would probably not return to their old strength.

There are several other harmful factors too for e.g.: extremely low temperatures, from -120ºC to + 20ºC, practically nonexistent atmosphere made up of mostly carbon dioxide (CO2) and dangerous radiation. There is also a danger of dying through suffocation or starvation.

Because the atmosphere of Mars is thinner than that of the Earth, the effects of ultraviolet light are more strongly affected than the Earth.

Was Mars always like this?
Well according to Jim Green, a senior researcher at NASA, Mars used to be a blue planet i.e. of course billions of years ago.

Green said it was likely that two-thirds of the northern hemisphere of the red planet was once covered with water, and in some places the liquid could be more than 1.5 kilometers deep.

He further explained that the problem occured when the planet lost its magnetic field and thus became unprotected against dangerous sundials and as a result it turned into a stale, cold, dry body.

But let us assume that we have overcome all the challenges and human beings have reached Mars and have been able to live there for a while - and even have children. Would the human body change over generations under the influence of less gravity? There are no scientific findings to date. But NASA has been thinking about how a human baby could evolve in space, with little gravity, a scenario that could also shed light on the potential for physical development on Mars. It is clear however that gravitation is an important force in the development of the human body.

Space architects and space engineers have to design a residence on Mars, taking all these factors into consideration and the first job is to think about is how to breathe.

Producing Oxygen from CO2
According to Michael Hecht of the Haystack Observatory at the Massachusetts Institute of Technology (MIT), one carbon dioxide molecule contains two oxygen atoms. So,
with enough electricity, it is possible to produce oxygen gas from CO2.

What effect will Mars have on Human Body?
Acccording to Portland State University anthropologist Cameron Smith, We would probably see a lighter, leaner stature. Less gravity could also produce healthier bodies, as they would not have to carry so much muscle around with them. As a result, people would also need less energy for their bodies.

However, it will only become problematic for the Mars colonizers if they ever plan to return to Earth after a few generations as the nearly three times stronger Earth's gravity would make it impossible for their weaker hearts to supply their brains with enough blood. Neither the bones, spine nor muscles of these Martian inhabitants would have grown to earthly gravity. Presumably, overwhelmed by Earth's gravity, they would simply collapse and die. One thing is certain: we need not be afraid of an invasion and subjugation by Mars people.

DIY,37,Health,47,Money,20,My Diary,33,News,55,Reviews,28,Science,26,Store,15,Tech,58,
ltr
item
Homies Hacks: Can a Human Live on Mars? What's NASA's Plans?
Can a Human Live on Mars? What's NASA's Plans?
Would you like to live on Mars, check out what NASA has to say.
https://3.bp.blogspot.com/-jzhhjfWucVE/XMchr5H0qVI/AAAAAAAABdE/ztYWlUxCFuAnwg6_6l3P7hIXR0w_AydrQCLcBGAs/s640/Mars%2B-%2BHomies%2BHacks.jpg
https://3.bp.blogspot.com/-jzhhjfWucVE/XMchr5H0qVI/AAAAAAAABdE/ztYWlUxCFuAnwg6_6l3P7hIXR0w_AydrQCLcBGAs/s72-c/Mars%2B-%2BHomies%2BHacks.jpg
Homies Hacks
https://www.homieshacks.com/2019/04/can-human-live-on-mars-whats-nasas-plans.html
https://www.homieshacks.com/
https://www.homieshacks.com/
https://www.homieshacks.com/2019/04/can-human-live-on-mars-whats-nasas-plans.html
true
5792707671424551706
UTF-8
Loaded All Posts Not found any posts VIEW ALL Readmore Reply Cancel reply Delete By Home PAGES POSTS View All RECOMMENDED FOR YOU LABEL ARCHIVE SEARCH ALL POSTS Not found any post match with your request Back Home Sunday Monday Tuesday Wednesday Thursday Friday Saturday Sun Mon Tue Wed Thu Fri Sat January February March April May June July August September October November December Jan Feb Mar Apr May Jun Jul Aug Sep Oct Nov Dec just now 1 minute ago $$1$$ minutes ago 1 hour ago $$1$$ hours ago Yesterday $$1$$ days ago $$1$$ weeks ago more than 5 weeks ago Followers Follow THIS PREMIUM CONTENT IS LOCKED STEP 1: Share to a social network STEP 2: Click the link on your social network Copy All Code Select All Code All codes were copied to your clipboard Can not copy the codes / texts, please press [CTRL]+[C] (or CMD+C with Mac) to copy Table of Content