Does Anger Really Destroy Us?

Know what much anger can do to you & know how you can avoid the same. 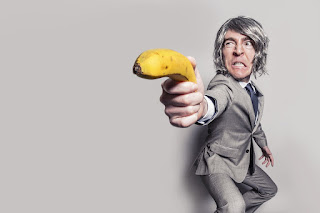 Being angry is not a very fun feeling, but it can be addictive.

It's easier to stay angry than to forgive and move on. But as it turns out, keeping anger can have a very significant impact on your overall health and nature and can make your life hell.

Let me explain this to you with the help of a truely amazing story which I read in my childhood days.

So to begin with there was a young Samurai whose ability at the sword was amazing but whose self awareness was limited.

One day he met a old Samurai who had a better reputation for using his sword than our little hero, but he was never in the mood to demonstrate his abilities.

Impatient and discourteous, the young Samurai demanded in his husky voice by yelling

If you are as wise and as capable as people say, then explain to me what is Hell and what is Paradise.

The old Samurai opened his eyes, looked at him in the face, and replied with a certain scorn

Why should I answer to a shabby, disgusting, despondent slob like you? Why do you think I should tell you anything? I can’t stand you. Go away from here you little weak man!. I have no time for silly questions.

The young man emitted fumes from his ears as no one had ever spoken to him that way. He could not bear these insults and consumed by rage, he drew his sword and brought it to the neck of the old Samurai.

At that point he turned calmly and with absolute composure, said:"To answer your question: this, my child, is Hell!

The young man remained speechless and surprised that this man went to sacrifice his own life, to answer his question. He realized that he was so deep in his torment that he was ready to kill somebody.

The samurai’s eyes filled with tears. Setting his sword aside, he put his palms together and obsequiously bowed in gratitude for this insight enlightment.

There it was when the wise man said, And this, my child, is Paradise".

The effect of anger on your brain can affect your mind and body in many different ways. While it is normal to get crazy at certain times, prolonged anger is what that will affect you badly.

The person who easily gets irritated or angry most of the times have a more fragile immune system and therefore are prone to infectious diseases. In addition, evidence has been found that the release of hormones, such as adrenaline , promotes the formation of blood clots and weakens vessel walls.
Perhaps its physical effects are not felt immediately, but if this state is maintained over time, its marks will also be evident throughout the body.

Feeling anger is not completely wrong: it is an instinctive emotion whose main positive or adaptive function is to preserve us. What really negative about it is when we let the enormous amount of energy, from which this emotion arises, express itself in an uncontrolled way without having any kind of management of this. In this case, anger can make us sick.
Another negative way to manage it, other than not doing so, is when we opt for full contention. In such cases, a "pressure cooker" effect is generated, which will sooner or later explode.

Anger kills people, relationships. It destroys nations, foments wars and what not.

It is sad to realize that we are far more amenable to hatred than to love, to offense than to forgiveness. I say all this to invite my friends and readers to share an X-ray of what we do not see, but we suffer physically, menatly, and spiritually.

The best way to make sure that anger does not ruin your life is to recognize your feelings and deal with the issue.

Sometimes you have to leave things that are irrelevant.

The onset of anger is often unpredictable so you must have the resources to control it at any time.

Take Responsibility
The first step you must take is to learn to control your anger and to take responsibility for it i.e, you should be aware that anyone who mismanages their emotional behaviour is you.

For example, if in office your manager says that you are useless and that everything you do is wrong. Then instead of thinking that it was your manager because of whom you got angry, you should make yourself aware that the only person who can control your anger is you.

Stop It On Time
When you are presented with stimuli that cause anger, anger is likely to appear and take over.

To prevent this from happening the first goal to achieve is to stop the emotion of anger within the hour.

To do this, an exercise that can be helpful is to take a few seconds to control the anger while counting from 0 to 10 before speaking or taking any action.

During those seconds stand still while quietly counting the numbers and take deep breathes.

Restructure Your Thoughts
When you are angry, your thoughts usually go too far, too exaggerated and dramatic.

As soon as these thoughts appear, try replacing them with less radical ones:

It's frustrating and I'm obviously upset about it, but it's not the end of the world.

Tears Detoxifies he body
Expressing feelings is not bad and we must express them for our correct functioning.
So if you want to cry, do it.

Learn to Relax
An effective technique for being less prone to anger is the practice of relaxation.

Increase Your Ability To Solve Problems
Any event that can cause us anger requires a way to deal with it.

Do Some Physical Activities
One of great step in learning how to control anger is to include in your routine the practice of physical activity.

Performing exercises helps the body to produce endorphins, the substance responsible for the feeling of well-being and comfort.
So start thinking about practicing sports.

Chat with Others
Chatting with friends and family will also help control your emotions, since nervousness and hostility can arise because you do not express yourself, that is, you have a habit of keeping your feelings.

So, call someone you trust and talk about your daily frustrations, stating your point of view clearly. This simple action will detoxify you, making your days lighter and more pleasurable.

DIY,37,Health,47,Money,20,My Diary,33,News,55,Reviews,28,Science,26,Store,14,Tech,58,
ltr
item
Homies Hacks: Does Anger Really Destroy Us?
Does Anger Really Destroy Us?
Know what much anger can do to you & know how you can avoid the same.
https://1.bp.blogspot.com/-7aciE3gAy_U/XS9VtCOucBI/AAAAAAAAB0w/qEgrKBE1-uAjFg4p8_dJyNNCd9ecrAh3wCLcBGAs/s320/Anger%2BManagement%2B-%2BHomies%2BHacks.jpg
https://1.bp.blogspot.com/-7aciE3gAy_U/XS9VtCOucBI/AAAAAAAAB0w/qEgrKBE1-uAjFg4p8_dJyNNCd9ecrAh3wCLcBGAs/s72-c/Anger%2BManagement%2B-%2BHomies%2BHacks.jpg
Homies Hacks
https://www.homieshacks.com/2019/07/does-anger-destroys-our-brain.html
https://www.homieshacks.com/
https://www.homieshacks.com/
https://www.homieshacks.com/2019/07/does-anger-destroys-our-brain.html
true
5792707671424551706
UTF-8
Loaded All Posts Not found any posts VIEW ALL Readmore Reply Cancel reply Delete By Home PAGES POSTS View All RECOMMENDED FOR YOU LABEL ARCHIVE SEARCH ALL POSTS Not found any post match with your request Back Home Sunday Monday Tuesday Wednesday Thursday Friday Saturday Sun Mon Tue Wed Thu Fri Sat January February March April May June July August September October November December Jan Feb Mar Apr May Jun Jul Aug Sep Oct Nov Dec just now 1 minute ago $$1$$ minutes ago 1 hour ago $$1$$ hours ago Yesterday $$1$$ days ago $$1$$ weeks ago more than 5 weeks ago Followers Follow THIS PREMIUM CONTENT IS LOCKED STEP 1: Share to a social network STEP 2: Click the link on your social network Copy All Code Select All Code All codes were copied to your clipboard Can not copy the codes / texts, please press [CTRL]+[C] (or CMD+C with Mac) to copy Table of Content