Royal Enfield may Discontinue these Models

You may say farewell to these models. 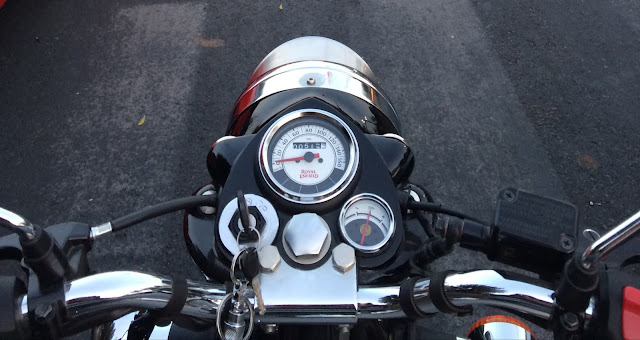 Royal Enfield bikes, no doubt are very popular in our country. Infact these also have a huge fan following internationally.

For quite some time now, the company has been continuously putting a lot of work in adding new features on their machines, while making sure to keep the evergreen bullet design the same, keeping in mind the needs of the customers.

It has included many good features in the bikes like ABS Breaks, Fuel Gauge and provides Accessories such as Riding Gears, Extra Lightings, various Vinyl Arts and enourmous Customisation options which are also being liked by the riders.

You get the option choose among the Classic, Electra, Thunderbird or the Standard variants. Not to forget the Royal Enfield GT and Intercepter with 650cc engine, which are also available.

While the company has been in the continuous flow of bringing new innovation for its customers, there has been a news recently that it may discontinue its 500cc segment models which includes Classic, Standard and Thunderbird.

According to the report, the major reason for doing this is due to the falling demand of 500cc variants and also due to the BS-6 emission norms.

Basically, among various Royal Enfield's bike models, its been analysed that people are more interested in buying the 350cc models, Classic 350 being the most popular one. Hence, the 500cc variants hasn't showed much sales and now with the addition of new 650cc engines, people who want more power tend to go for GT or Intercepter by paying a little extra, rather than going for 500cc engines, while all the rest go for 350cc variants.

All this doesn't provide good sale value to the company, which makes producing 500cc engines not so profitable. In addition, with BS VI norms preperation, producing bikes under this segment will increase the price of these, which according to the company's believes may reduce its sales even further.

Hence, even though Royal Enfield is planning to restore the 350cc segment with a new powertrain, as they are selling well, it may discontinue models with 500cc engines.

Talking about the price, all the bikes of Royal Enfield's of BS-6 category could have a price increment by 10 thousand to 15 thousand rupees.