Are Dreams Messages of the Future?

What are dreams and what mystical load they have? 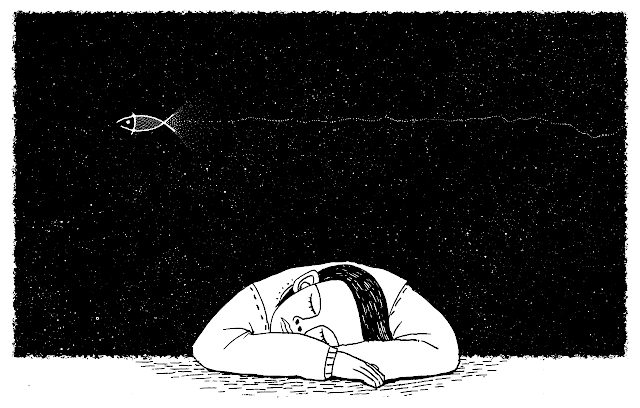 What is a dream, when and why do we see it, can dreams be controlled and can we predict future from dreams.

From ancient times man has been trying to explain the dream. There is hardly anyone left out on this topic, including scientists from various fields.

Are these random creations of our mind or imaginations? Do they reveal our most pensive thoughts and desires?

Psychiatrists, psychologists, and mental health experts on the other hand, have given dreams an explanation related to the unconscious, the desires, the fears, what we have in our minds and the things that concern us.

Various theories have been developed over time about what dreams can mean or hide behind, as well as various methods of dream analysis.

Its quite interesting to know that sleep is divided into stages depending on whether there are rapid eye movements (REM - Rapid Eye Movement) or not (Non REM or NREM).

It has been shown experimentally that the person deprived of the ability to dream loses his mental balance and enters into a confusing or even a psychotic state. The dream therefore fulfills functions that help maintain sleep and mental health in general.

On the whole, however, it is clear that during the nightly resting phase the brain processes everything that was learned and experienced during the day. Another theory is the mixing of new and old information before it is saved.

It is therefore advisable to sleep 20 to 30 minutes after you have learned. The learned topics are processed and saved in the process, since they are just occupying the sleeper.

It is not new that dreams can create creative solutions. Many pioneering inventions were made in dreams.

However, not every dreamer immediately makes a groundbreaking invention, but surely every one of us has already solved one or the other problem in a dream. And the fact that science is still unable to fully unravel the secret of our dreams makes it even more fascinating. So, dream well!

DIY,37,Health,47,Money,20,My Diary,33,News,55,Reviews,28,Science,26,Store,14,Tech,58,
ltr
item
Homies Hacks: Are Dreams Messages of the Future?
Are Dreams Messages of the Future?
What are dreams and what mystical load they have?
https://1.bp.blogspot.com/-VkpYRmMVlpg/XghxV_fXyYI/AAAAAAAACQE/OaEx7_4wLmMJoG8UWATaKMaO7EojlMssgCLcBGAsYHQ/s640/Dreams%2B-%2BHomies%2BHacks.png
https://1.bp.blogspot.com/-VkpYRmMVlpg/XghxV_fXyYI/AAAAAAAACQE/OaEx7_4wLmMJoG8UWATaKMaO7EojlMssgCLcBGAsYHQ/s72-c/Dreams%2B-%2BHomies%2BHacks.png
Homies Hacks
https://www.homieshacks.com/2019/12/are-dreams-messages-of-future.html
https://www.homieshacks.com/
https://www.homieshacks.com/
https://www.homieshacks.com/2019/12/are-dreams-messages-of-future.html
true
5792707671424551706
UTF-8
Loaded All Posts Not found any posts VIEW ALL Readmore Reply Cancel reply Delete By Home PAGES POSTS View All RECOMMENDED FOR YOU LABEL ARCHIVE SEARCH ALL POSTS Not found any post match with your request Back Home Sunday Monday Tuesday Wednesday Thursday Friday Saturday Sun Mon Tue Wed Thu Fri Sat January February March April May June July August September October November December Jan Feb Mar Apr May Jun Jul Aug Sep Oct Nov Dec just now 1 minute ago $$1$$ minutes ago 1 hour ago $$1$$ hours ago Yesterday $$1$$ days ago $$1$$ weeks ago more than 5 weeks ago Followers Follow THIS PREMIUM CONTENT IS LOCKED STEP 1: Share to a social network STEP 2: Click the link on your social network Copy All Code Select All Code All codes were copied to your clipboard Can not copy the codes / texts, please press [CTRL]+[C] (or CMD+C with Mac) to copy Table of Content