Want to Buy a Used Bike? You Must do these Checks

Make sure to follow these steps before buying a used motorcycle to be safe. 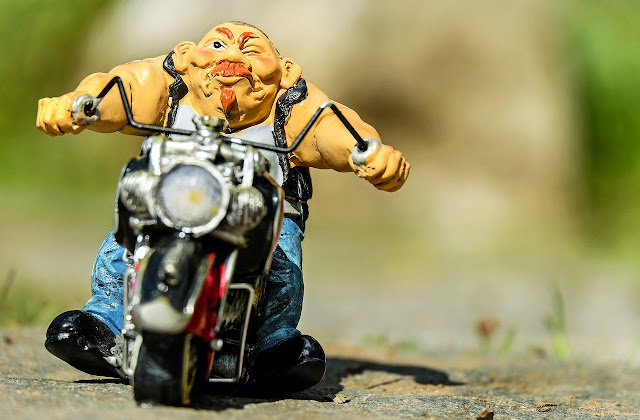 Buying a new motorcycle is always a festive moment. It takes place almost always on paper basis and without worrying about the condition of the purchased motorcycle.

However, one has to think about the second-hand market as it can easily become an expensive pleasure if not taken prior safety measures.

The biggest advantage though, of buying a used motorcycle is probably that you can save a lot of money however it is very important to check whether the chosen motorcycle is actually in good condition or if it just has a good makeup all over it, as there's a big difference between the two.

I remember my first second-hand bike which I purchased from a known person of mine, with God's grace my experience with that machine was fabulous. There weren't any issues and I rode many places on it.

However, during that time I wasn't aware about the steps or any important instructions for that matter which are to be followed in order to keep once vehicle in proper condition and it was I who actually made the hell out of that poor baby 🤣🤣.

To talk about, one such instance is regarding the engine oil. I remember that after few months of riding that bike I experienced some sort of engine lagging while riding. Now since the petrol meter wasn't working (it was used bike so this feature was not working) I used to think that it could be due to the petrol shortage. And accordingly I used to refill every now and then.

Now with this ideology and continuously refilling of the tank with petrol, there came a time when the tank eventually became full, but by this time the bike riding experience infact became much more worse as the bike now had started to stop plenty of times in the middle of the road.

I eventually gave up my lazyness and some how took the bike to the nearest mechanic, upon inspection it was found that it was the Engine Oil that was supposed to be changed and I on the other hand kept on refilling the tank with petrol on every occassion whenever the bike stopped.

When the mechanic opened the engine oil cap (engine's area where oil is inserted), a huge black and boiled fountain of smoke came up instantly, giving that mechanic almost a heart attack 😂😂.

However, that was the day when I felt the necessity to be aware about these basic information. I had to spend a lot of money as the whole engine was supposed to be opened and the piston work was required.

I learned a lot from my first bike and also with a few more instances that happened with me and with my friends (but those stories may be shared in future) using which I would be happy to share the important steps which you must take care of when buying a used vehicle.

So, what measures should you take?
Well, with the below tips you should be able to keep yourself away from any future shocking surprises from your purchase as these tips are easy to follow and implement.

Defects or Damages
To begin with, first you should check if the motorcycle has been properly maintained and is in neat condition and thus has no visible damage, dents, scratches or color differences in the paintwork.

If these are there you can accordingly do some negotiation.

Tyres
Accidents often happen because of the poor condition of the tyres. Make sure they are evenly distributed and not concentrated on one side.

Also check if the tires are too worn out, because if they are then you should get a discount in the price.

Electrical Inspection
This is one of the most skipped procedures when buying a used motorcycle. You may tend to ignore this step initially after seeing the bike in good appearance, but doing so may cause you problems at a later stage, such as low light, difficulty in starting the bike, or even a complete stop.

Trust me, you would not want to waste your time and energy to push the bike to the nearest service center (where ever it may be) and then spend a lot of money to buy a new battery or any other component for that matter, so be sure to  thoroughly do this inspection before you decide to make the purchase.

Oil Check
It is good as well as important to check the color of the oil. It should never be milky colored, or in the color of coffee with milk - such a color indicates a leak of coolant into the oil, which could result in an unpleasant expensive repair.

Exhaust
Check that there is no blue oil smoke coming from the exhaust as this indicates a worn engine.

Engine Sound
You should check that the engine starts easily and effortlessly, and without any uncommon crazy noise during idle stage and as well as when riding.

Test Drive
When you do a test drive, find a flat road and try to drive straight ahead. If the motorcycle is not running straight, it is not properly tracked or the frame is skewed.

Brakes & Gears
At the time of test drive, you have the opportunity to test the brakes and see if they work satisfactorily.

And also test if the gears can be changed easily.

Check with a Mechanic
Last but not the least, make sure to get the bike checked with your local mechanic, being already used to with these machines they can easily inform you about any issues or shortcomings that you may have missed, before hand.

Documents
Make sure the vehicle is not stolen. It is not big surprise about the fact there are many cases where people are arrested for buying used vehicles that were actually stolen. So make sure to check that the documents from the ownership of the vehicle are genuine and not fake.

If all these points have been investigated, you can enter into the purchase of a used motorcycle. However, always make sure you have a contract in case unforeseen problems arise after the purchase. Usually, no guarantee is given if you buy from a private person.

DIY,37,Health,46,Money,17,My Diary,33,News,53,Reviews,28,Science,26,Store,14,Tech,56,
ltr
item
Homies Hacks: Want to Buy a Used Bike? You Must do these Checks
Want to Buy a Used Bike? You Must do these Checks
Make sure to follow these steps before buying a used motorcycle to be safe.
https://1.bp.blogspot.com/-X6-vDrzcw_8/XgcTnn9f1JI/AAAAAAAACPo/1o5y9yFmmhUY0q8ryYz6npi2c4lh9LSUQCLcBGAsYHQ/s640/Used%2BMotorcycle%2B-%2BHomies%2BHacks.jpg
https://1.bp.blogspot.com/-X6-vDrzcw_8/XgcTnn9f1JI/AAAAAAAACPo/1o5y9yFmmhUY0q8ryYz6npi2c4lh9LSUQCLcBGAsYHQ/s72-c/Used%2BMotorcycle%2B-%2BHomies%2BHacks.jpg
Homies Hacks
https://www.homieshacks.com/2019/12/want-to-buy-used-bike-you-must-do-these.html
https://www.homieshacks.com/
https://www.homieshacks.com/
https://www.homieshacks.com/2019/12/want-to-buy-used-bike-you-must-do-these.html
true
5792707671424551706
UTF-8
Loaded All Posts Not found any posts VIEW ALL Readmore Reply Cancel reply Delete By Home PAGES POSTS View All RECOMMENDED FOR YOU LABEL ARCHIVE SEARCH ALL POSTS Not found any post match with your request Back Home Sunday Monday Tuesday Wednesday Thursday Friday Saturday Sun Mon Tue Wed Thu Fri Sat January February March April May June July August September October November December Jan Feb Mar Apr May Jun Jul Aug Sep Oct Nov Dec just now 1 minute ago $$1$$ minutes ago 1 hour ago $$1$$ hours ago Yesterday $$1$$ days ago $$1$$ weeks ago more than 5 weeks ago Followers Follow THIS PREMIUM CONTENT IS LOCKED STEP 1: Share to a social network STEP 2: Click the link on your social network Copy All Code Select All Code All codes were copied to your clipboard Can not copy the codes / texts, please press [CTRL]+[C] (or CMD+C with Mac) to copy Table of Content