Highest Selling RE Classic 350 will now come with Fuel-Injection Technology. 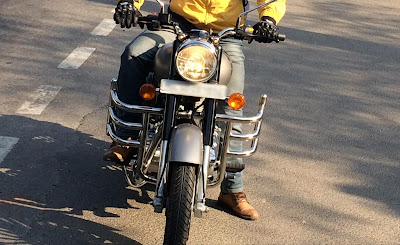 Royal Enfield has finally started rolling out its new BS6 stock as these were seen at a dealership. Earlier there were few images of the modified bike on the internet, that were said to be leaked and claimed that those were of newly updated Class 350 models. The latest images, however, show that the bike will retain its same overall design. What will change is the Electronic Fuel-Injection technology up-gradation, new alloy wheels and a few different color schemes. 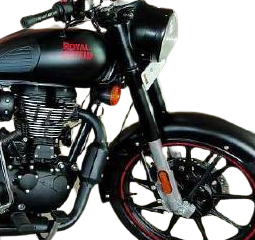 There is also an addition of a catalytic converter, as seen on the exhaust bend pipe, once again to clean up tailpipe emissions. 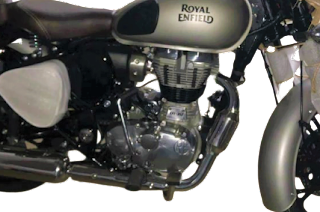 The updated version of Royal Enfield bikes will meet the upcoming Bharat Stage VI (BS6) Emission Regulations, which is about to come into effect from April 1, 2020.

There is already a huge expectation from Royal Enfield fans from these next-generation Royal Enfield single-cylinder motorcycles which promises to offer an improved riding experience.

These newer versions are expected to come with new color schemes to attract a wider audience. The alloy wheels, borrowed from Thunderbird X models, will come as standard on the Gunmetal Grey and Matte Black variants while the Signals and Chrome models are expected to come on spoke wheels.

The company is likely to demand an extra amount of Rs 10,000 to Rs 15,000 for the new Classic 350s. Bookings for the motorcycles have already begun in dealerships across India and you can to make a booking for a token amount of Rs 10,000. For more information contact your nearest dealership.