Why 3rd Pin of the Plug is Longer & Thicker

Such Big Importance & Advantages Third Pin of the Plug has. 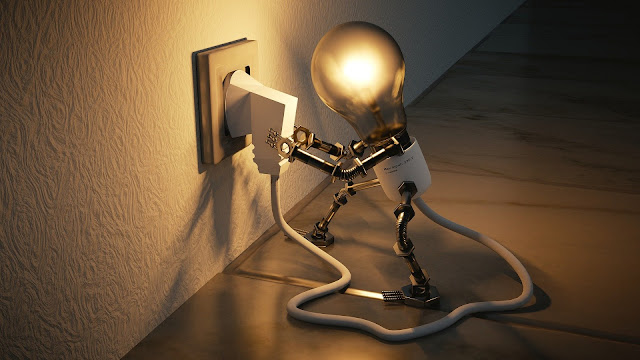 Most electronic devices sold today, whether it's a Laptop, a Refrigerator, a T.V. or any other electronics, have a three-pin plug. But what is the function of this controversial third pin? & why is this third pin so big and thick? Let's find out...

Out of the 3 pins, the two small and equal size pins are there for the normal conduction of the power current. The third pin, however, which is on the plug, is designed to make users and equipment safer.

Being a little bigger than the others it works to take any unusual electrical discharge directly to earth, thereby demagnetizing the device connected to the outlet and preventing accidents, such as electric shocks.

The grounding system serves to remove the electricity that is on the metal surface of the appliances or to divert current from getting overloaded, thus preventing the equipment from crashing and saving you or someone in your house from getting a dangerous shock.

So if your electrical device has a ground wire and if for some reason there occurs a short circuit in it and a current leak occurs in the equipment and you touch that energized part of the wire or the equipment, then instead of all that electric current passing through your body and giving you a big shock, it will go to the ground. There could be a chance that you may experience a little shock but it will not be as life-threatening as it could have been if there wasn't any earthing in the first place.

Why this Third Pin/Earth Pin is Longer and Thicker?
The 3rd pin is longer in size so that you can easily identify it as the earth pin and can easily insert the plug into the correct holes of the socket.

Suppose if all the 3 pins would have been of the same size and you mistakenly inserted the earth pin into the live current hole of the socket and then touched your device, you would have experienced a big electric shock.

So as you can see plugin sockets are designed so to ensure your safety in every possible way.

By the way, the reason for the 3rd pin's thickness is to make sure that even by mistake it can't be inserted into the wrong socket holes.

But for this security system to work, your home must be designed with a grounding system, otherwise, the earth pin will act not more than a dummy pin in the socket that does not interfere with anything.

Grounding is done with grounded copper bars that properly channel surplus energy. When there is no grounding, then even though the connected devices will obviously continue to work, but there will not be such a layer of safety. So make sure to plan about it when building or renovating your house.

Does the Third Pin Plug Consume More Energy?
Because it is a protection pin, it has no bearing on the issue of pulling more power. Hence its use will not interfere with the electricity bill because it does not circulate any current under normal equipment conditions.

If current flows, it is because the equipment has a short circuit.