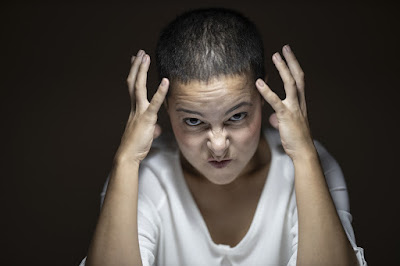 With the arrival of the coronavirus, one of the most recommended measures to prevent its spread has been to stay at home and not be in crowds of people, meaning social contacts should be avoided.

Many firms and companies have transferred workers to remote work or sent them on leave for quarantine. However, spending a few days locked up at home may become a little difficult considering it can probably be extended for a longer period and if you do not know how you can utilize that little bit of extra time that you get. So, we have to change our lifestyle for the next few weeks or so.

If you are one of those people who do not know how to take advantage of quarantine, your problem is over and this will interest you!


So, how to positively adjust your lifestyle for the upcoming days?

Well, if you look at it from the nice side, staying at home for a good time will allow you to spend more quality time with your family, learn something new or finish tasks that you once left pending. But in this article, I'll be sharing some of the best TV shows that you can watch to pass that extra time having lots of fun and entertainment.

Breaking Bad
If you haven't seen the series yet, you should catch up quickly. I don't know in which better way could I share my review of this series. Words like excellent, excellent or excellent are already inappropriate here. The only best thing that I think I can use to describe this series is a Masterpiece!

The story revolves around a high school chemistry teacher Walter White (Bryan Cranston) who is diagnosed with cancer and is devastated. He can't afford therapy without money and so out of sheer financial hardship, he begins to use his knowledge of chemistry in an unorthodox way to his advantage, i.e., by producing drugs. What initially happens out of sheer necessity quickly develops into a vortex of violence and greed from which there is no escape. Things become more and more complex and interesting thereby making people think about what will happen next.

I hardly know a series that has captivated me so quickly and so much. From the blatant drama to the damn funny situation to the exciting scene. It has every spice flavor. I have nothing but to say: watch this series and you'll have one of the best experiences.

House of Cards
This series attracted a lot of attention in advance, as it was co-produced by mastermind David Fincher.

House of Cards begins with Frank Underwood's struggle for power in the White House. In doing so, he unscrupulously uses the people who trust him and uses them for his purposes. He is a ruthless democratic party bishop who does anything to keep power in his own hands.

He weaves a wide-ranging and far-reaching plan to retaliate with interest. Under the U.S. government, those means are built on lies, revelations, and backstabbings, and Underwood is the true master of speculation. All in all a very good series.

Game of Thrones
It is not easy to talk about a TV series that made the history of television. The main engine that drives millions of people to follow the Game of Thrones is the anxiety of knowing if your favorite character will survive the next episode.

Over all 8 seasons Game of Thrones has managed to maintain very high levels on different aspects. One of all are the costumes adopted and the various sets that perfectly recreate the fantasy and medieval world in which the story is set.

It is a show that will be discussed for a long time.

Chernobyl
A memorable series, a disaster from the past and a warning for the future. It is night, precisely 1:23 and 45 seconds. In the former soviet union, an accident occurred in reactor 4 of the Chernobyl nuclear power plant. It is the largest atomic accident in history

Chernobyl traces the fundamental stages of the 1986 nuclear disaster. The series has been loved so much that it is considered among the best in recent years.

In practice, Chernobyl is a work that puts the episode of the nuclear disaster at the center of the discussion because it is truly a borderline between one era and another.

Chernobyl had the success it deserved and will be remembered for many more years to come.

Rick and Morty
My love for Rick and Morty will not stop. It is a TV anime for adults in the United States, a highly rated work that ranks 12th in the Internet Movie Database's TV program rankings, making it 1st place in the TV animation category.

It tells us a story of Rick, the best genius scientist in the universe who takes his grandson Morty and his granddaughter Summer to explore the universe and other dimensions.

Clever storyline and conversation, everything is an ant view of the world and landing on the theme of family. Rick and Morty is crisp and the animations get better with each season.