An answer to my friends how I become MVP all the time! (well most of the time for sure at least) 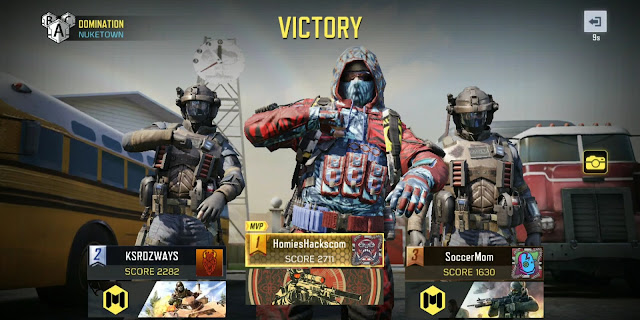 With widespread popularity, Call of Duty Mobile can surely be considered a new stage in the development of mobile games. The game offers you a large selection of weapons with a realistic game plot. The application is so interesting that it attracts the player for a long time.

Now I am considering that you are already well versed with the basic information and imporatnce of setting up the graphics so that the game runs smooth, a stable internet connection, customize the position of game controls for better interaction, and from time to time upgrading the weapons through gunsmith option and not missing out on collecting the rewards as and when they become available. And if you weren't aware of this, well so now you do.

Anyhow what I would like to cover here are few remarkable things that people usually don't pay attention to or may never know about if someone doesn't tell them. So, let's not delay - let's get down to business. 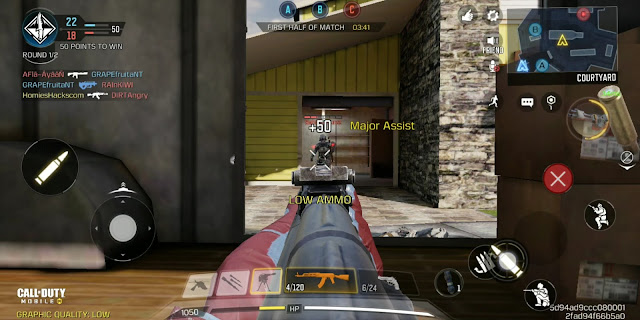 There are two ways to shoot, one is called Hip Firing (meaning faster shooting without aiming) while the other one is called ADS (meaning Aim Down Sight). Usually, the players never use ADS in the heat of battling enemy players which can prove to be very useful, the importance of which many underestimate. See, both have their own roles, the reason that the two modes are available in the first place.

The trick here is that Hip Firing plays an important role when shooting at close range specially when someone unexpectedly appears in your path. Whereas you should always practice using the ADS mode when there is a distance as it gives you much more hits on the target.

2. Stay Close To Your Teammates

Sometimes, in the heat of fighting with the enemy players, players often forget that they have their secondary weapons too, such as grenades, smoke bombs, etc. So don't forget to use them, as if used correctly, your chances of winning increases. 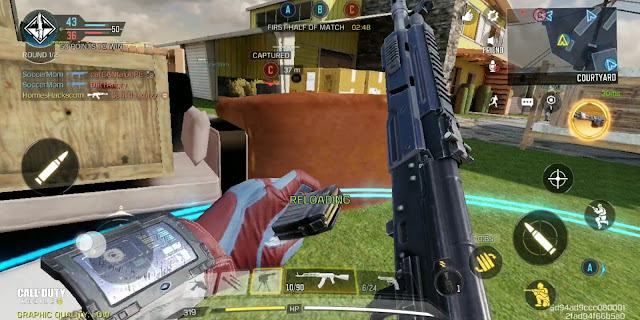 The toughest one but ultra-important and rewarding. Now, it took me a while myself to conquer this but when I did - I got the rewards accordingly. The thing is when you see a bunch of enemies coming together firing at you, or even if there is only 1 enemy shooting at you while you are busy reloading your weapon, then instead of standing there and hoping to shoot back and kill all of them, take a cover and reload the weapon while at the same time use your secondary grenades and bombs and you will see a tremendous improvement in your gameplay performance.

Another feature that players do use but only for timepass or when they want to slide on to the domination circle in style. What you may not be aware of though, is that this sliding feature can actually help you to dodge the oncoming bullets from the enemies. You just need to make a habit of using the sliding feature at times, thereby giving up the shooting back choice, specially when you run out of ammo or when there is no place to take cover.

If you try then you may recall the times when you tried shooting down the enemy but were unsuccessful as they chose to slide down thereby dodging your bullets, right?

You may not be aware but COD Mobile has professionally been made in such a way that it makes sure to cover the basic bullet damage action. So as real as it can get, if you aim for the headshots then your enemies will bear more damages and would die more quickly. In fact, some weapons even take only one shot to send the enemy to the next world. 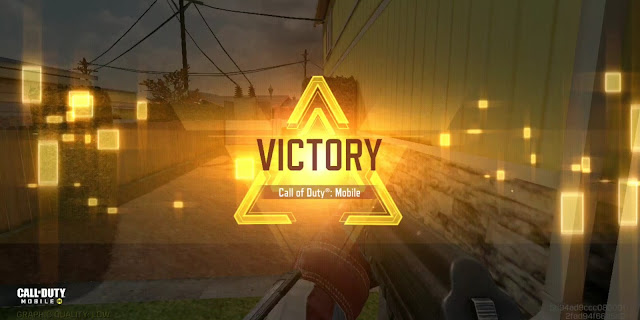 So these were a few of the ultra working tips that if you follow, you surely gonna blast off your enemies like a badass. Would love to hear your feedback or any other tips that you would like to share in the comments section below.

DIY,37,Health,46,Money,18,My Diary,33,News,53,Reviews,28,Science,26,Store,14,Tech,56,
ltr
item
Homies Hacks: COD Mobile Tips & Tricks By a PRO
COD Mobile Tips & Tricks By a PRO
An answer to my friends how I become MVP all the time! (well most of the time for sure at least)
https://1.bp.blogspot.com/-b0lBpSGY9zo/X-SqZsUFJ7I/AAAAAAAADhE/l6_AA41jIiw2dSf3uV-Br_3RknuT7JqvgCLcBGAsYHQ/w640-h320/COD%2BMobile%2BTips%2B%2526%2BTricks%2BBy%2Ba%2BPRO.jpg
https://1.bp.blogspot.com/-b0lBpSGY9zo/X-SqZsUFJ7I/AAAAAAAADhE/l6_AA41jIiw2dSf3uV-Br_3RknuT7JqvgCLcBGAsYHQ/s72-w640-c-h320/COD%2BMobile%2BTips%2B%2526%2BTricks%2BBy%2Ba%2BPRO.jpg
Homies Hacks
https://www.homieshacks.com/2020/12/cod-mobile-tips-tricks-by-pro.html
https://www.homieshacks.com/
https://www.homieshacks.com/
https://www.homieshacks.com/2020/12/cod-mobile-tips-tricks-by-pro.html
true
5792707671424551706
UTF-8
Loaded All Posts Not found any posts VIEW ALL Readmore Reply Cancel reply Delete By Home PAGES POSTS View All RECOMMENDED FOR YOU LABEL ARCHIVE SEARCH ALL POSTS Not found any post match with your request Back Home Sunday Monday Tuesday Wednesday Thursday Friday Saturday Sun Mon Tue Wed Thu Fri Sat January February March April May June July August September October November December Jan Feb Mar Apr May Jun Jul Aug Sep Oct Nov Dec just now 1 minute ago $$1$$ minutes ago 1 hour ago $$1$$ hours ago Yesterday $$1$$ days ago $$1$$ weeks ago more than 5 weeks ago Followers Follow THIS PREMIUM CONTENT IS LOCKED STEP 1: Share to a social network STEP 2: Click the link on your social network Copy All Code Select All Code All codes were copied to your clipboard Can not copy the codes / texts, please press [CTRL]+[C] (or CMD+C with Mac) to copy Table of Content