How To Use Nuclear Weapon In COD Mobile

Learn How You Can Activate A Nuclear Weapon In Call Of Duty Mobile! 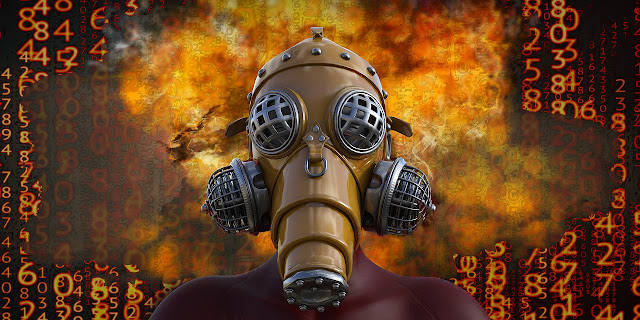 COD Mobile is undoubtedly one of the most popular mobile game. With lots of weapons, perks, skins, seasons, updates, maps, and whatnot, the game truly keeps you engaged throughout the play time.

However there is one secret weapon that some or many may not be aware of, and that is non-other than a nuclear weapon. Yes, we all know how deadly a nuclear weapon can be in the real world, and while may god bless that it never gets used in the real world, in the game however you can use it, but you will not find this option under loadout settings i.e. under weapons, secondary weapons, scorestreaks or operative skills option.

For this nuclear weapon (popularly known as a nuke weapon in COD Mobile), you will have to fulfill certain conditions when you are already in the gameplay mode.

What are they? you ask! Well to get your hands on this weapon, you have to make sure that while playing:

Yep, these are the challenges that you have to pass. If you are successful in this, then you'll see a USE NUCLEAR BOMB button appearing above your weapon icons.

And upon pressing the USE NUCLEAR BOMB button you'll see a slow-motion animation indicating that all of the enemies are being hit by a nuclear bomb of high explosive power sweeping them all away. The nuke weapon without a fail will kill all your enemies no matter wherever they are or wherever they are hiding.

However, it's worth noting that this nuke weapon, though will wipe all of the enemies at once, but it won't end the match as the enemies players will respawn until the match's main objective is completed.

So that's all about the COD Mobile Nuclear Bomb and the way to use it in the game.

So were you able to experience this secret nuke weapon?

DIY,37,Health,46,Money,18,My Diary,33,News,53,Reviews,28,Science,26,Store,14,Tech,56,
ltr
item
Homies Hacks: How To Use Nuclear Weapon In COD Mobile
How To Use Nuclear Weapon In COD Mobile
Learn How You Can Activate A Nuclear Weapon In Call Of Duty Mobile!
https://1.bp.blogspot.com/-Jre9CsdXNk4/X-9g5hBlP9I/AAAAAAAADnA/nnMhwquP7tsmGkWlQYuIns1D0L1E24rjACLcBGAsYHQ/w640-h320/How%2BTo%2BUse%2BNuclear%2BWeapon%2BIn%2BCOD%2BMobile.jpg
https://1.bp.blogspot.com/-Jre9CsdXNk4/X-9g5hBlP9I/AAAAAAAADnA/nnMhwquP7tsmGkWlQYuIns1D0L1E24rjACLcBGAsYHQ/s72-w640-c-h320/How%2BTo%2BUse%2BNuclear%2BWeapon%2BIn%2BCOD%2BMobile.jpg
Homies Hacks
https://www.homieshacks.com/2021/01/how-to-use-nuclear-weapon-in-cod-mobile.html
https://www.homieshacks.com/
https://www.homieshacks.com/
https://www.homieshacks.com/2021/01/how-to-use-nuclear-weapon-in-cod-mobile.html
true
5792707671424551706
UTF-8
Loaded All Posts Not found any posts VIEW ALL Readmore Reply Cancel reply Delete By Home PAGES POSTS View All RECOMMENDED FOR YOU LABEL ARCHIVE SEARCH ALL POSTS Not found any post match with your request Back Home Sunday Monday Tuesday Wednesday Thursday Friday Saturday Sun Mon Tue Wed Thu Fri Sat January February March April May June July August September October November December Jan Feb Mar Apr May Jun Jul Aug Sep Oct Nov Dec just now 1 minute ago $$1$$ minutes ago 1 hour ago $$1$$ hours ago Yesterday $$1$$ days ago $$1$$ weeks ago more than 5 weeks ago Followers Follow THIS PREMIUM CONTENT IS LOCKED STEP 1: Share to a social network STEP 2: Click the link on your social network Copy All Code Select All Code All codes were copied to your clipboard Can not copy the codes / texts, please press [CTRL]+[C] (or CMD+C with Mac) to copy Table of Content