ALERT! Stop Using This App - It will STEAL your MONEY

You should uninstall this app before you loose your privacy and money. 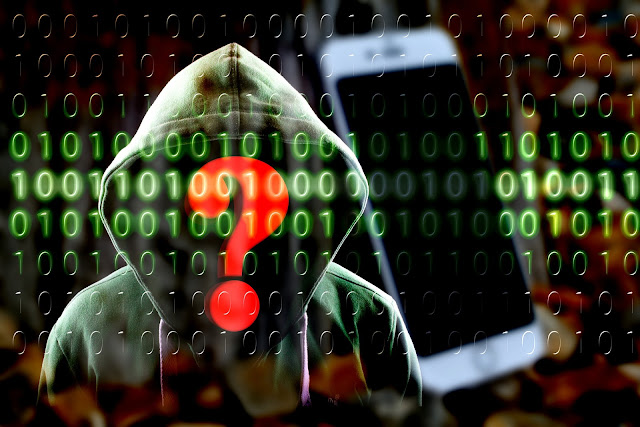 Both Android and iOS allow you to replace the standard keyboard with a third-party keyboard application that you can install from their respective apps market.

Though downloading apps on smartphones these days has become very easy, most users however may not realize that developers are collecting a lot of their personal data.

Now you might have noticed, various apps often require more permissions than they actually need in order to run flawlessly, for e.g. a third party photo editing app asking permission to access your phonebook, a music player app requiring permission to access your location, and so on. While this does create a suspicion of their authenticity and reliability, you should also be extra carefull while giving access permission to the apps and must avoid installing any apps outside of your apps market (specially cracked or hacked apps).

Today however I am going to share about an app which you should never use as this app has already been highlighted as dangerous.

The app I am referring to is ai.type keyboard. When the researchers installed ai.type app, they learned that the app asked to access all information stored on the phone.

Even though this had been a very popular virtual keyboard due to the possibilities of customization options it gave. However according to the latest report millions of users of this application "ai.type" have been victims of malicious activities.

The report said that this app contains an encrypted development toolkit (SDK) that leads to the advertisement page, and then automatically performs a touch operation to illegally register a paid service. This whole process was performed secretly so that users could not recognize it.

In addition to the report the application also runs underground ads and generates millions of false clicks to make profit.

If you had been using this app by any chance then uninstall it without any delay. Also, i'll advise you to check the status of your equipment, list of bills and data usage frequency.

Before installing any third-party keyboard do remember that the keyboard has access to everything you type on your device - from personal messages to passwords and credit card numbers. Some keyboard data is often sent over the internet, and in this network world, that data could be stolen - or even taken advantage of by the keyboard developer itself.

Understand that when you trust a third-party keyboard, you're giving the app very deep access to your phone, including everything you type.

So, you should seriously consider whether you trust the company that created the keyboard application or not. For example, you can trust Google's Gboard keyboard if you trust Google with your Gmail account and other personal information, but a smaller, lesser known company like ai.type clearly unreliable.

At the end, it's still up to you to decide which company you have more faith in!

DIY,37,Health,47,Money,20,My Diary,33,News,55,Reviews,28,Science,26,Store,14,Tech,58,
ltr
item
Homies Hacks: ALERT! Stop Using This App - It will STEAL your MONEY
ALERT! Stop Using This App - It will STEAL your MONEY
You should uninstall this app before you loose your privacy and money.
https://1.bp.blogspot.com/-EP41YsjijNQ/XcYCvIrP38I/AAAAAAAACLc/xeI-6kIjAiYHGGt1S53dPNLAY90rDJIbwCLcBGAsYHQ/s640/ai%2Btype%2B-%2BHomies%2BHacks.jpg
https://1.bp.blogspot.com/-EP41YsjijNQ/XcYCvIrP38I/AAAAAAAACLc/xeI-6kIjAiYHGGt1S53dPNLAY90rDJIbwCLcBGAsYHQ/s72-c/ai%2Btype%2B-%2BHomies%2BHacks.jpg
Homies Hacks
https://www.homieshacks.com/2019/11/alert-stop-using-this-app-it-will-steal.html
https://www.homieshacks.com/
https://www.homieshacks.com/
https://www.homieshacks.com/2019/11/alert-stop-using-this-app-it-will-steal.html
true
5792707671424551706
UTF-8
Loaded All Posts Not found any posts VIEW ALL Readmore Reply Cancel reply Delete By Home PAGES POSTS View All RECOMMENDED FOR YOU LABEL ARCHIVE SEARCH ALL POSTS Not found any post match with your request Back Home Sunday Monday Tuesday Wednesday Thursday Friday Saturday Sun Mon Tue Wed Thu Fri Sat January February March April May June July August September October November December Jan Feb Mar Apr May Jun Jul Aug Sep Oct Nov Dec just now 1 minute ago $$1$$ minutes ago 1 hour ago $$1$$ hours ago Yesterday $$1$$ days ago $$1$$ weeks ago more than 5 weeks ago Followers Follow THIS PREMIUM CONTENT IS LOCKED STEP 1: Share to a social network STEP 2: Click the link on your social network Copy All Code Select All Code All codes were copied to your clipboard Can not copy the codes / texts, please press [CTRL]+[C] (or CMD+C with Mac) to copy Table of Content