Mi Smartwatches is planned to be released today i.e. on November 5, 2019 in China. 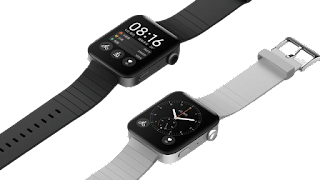 Xiaomi has officially announced that on November 5 it will release it's new MI Smart Watch in China. Judging by the first teaser, the device’s battery capacity will be rather big, which promises good autonomy. Undoubtedly, this opportunity will please fans of fitness bracelets and smartwatches.

It has been several years that Xiaomi has been in the range of worn devices Xiaomi has fitness trackers of different functionality and prices, but there was no device that could rightly be called a smartwatch.

The Mi Watch will have a square display similar to Apple Watch and will be made up of stainless steel case. It will also have a wheel/crown on the right side and is expected to be presented in four colors. The main feature of this watch will be the ability to call.

According to resources, the device is built on a Qualcomm Snapdragon Wear 3100 chip, equipped with Wi-Fi, GPS and NFC. In addition, eSIM is installed in the device, which allows you to make calls.

It is expected that the Watch will run MIUI OS based on Android which however will be customized for the device. It is also believed that MIUI for Watch will have a dedicated app store.

Note that before this, Xiaomi did not release smartwatches with the ability to make calls and “smartphone” applications, limiting itself to fitness trackers of various degrees of advancement. It will be even more interesting to look at the final result.