Can you really Install iOS on an Android device? Here's what you need to know.

Let's find out if we can really install and iOS operating system on an Android Device. 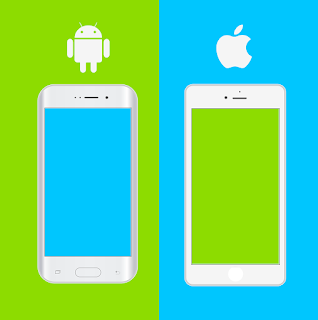 Turning on the internet and reading various posts on forums and blogs, I noticed that many people wonder if and how it is possible to install iOS on Android.

If you too search the Internet, you will probably find many tutorials explaining how to perform the process, however, all that is being shared only teaches us that to use a launcher and a launcher is not an operating system, instead, it is just a personalization app. In this article, I have tried to shed some light on this whole scenario.

Can you really install iOS on Android?

The answer is: NO!

Not satisfied? Need an explanation? - hmmm, I knew it, well read below then:

iPhones use ARM-derived processors that are custom-designed by Apple to be used on their devices. These customized processors include the Secure Enclave, a special, encrypted portion of the processor with its own encrypted memory, in which are a set of Apple keys that are used to validate the firmware and decrypt it.

While iPhones are available for big money, anyone can afford an Android smartphone. And it often happens that a middle-class Android smartphone is quite comparable in characteristics to the same iPhone SE. Even the camera may be about the same. So, if you’re on the Android side, you don’t necessarily have to sulk over the features only available on the iPhone.

Here’s how to replicate THREE iPhone-exclusive features on any Android phone.

1. Spotlight Search
The spotlight is a search feature that Apple launched for iOS and Mac OS. This search engine based on a selection allows you to quickly find various items on your device. There is no denying that this feature is very convenient. Fortunately, there are third-party options available for Android also.

You can download a free app called Evie Launcher which allows you to search your phone’s data and the web by swiping down on the home screen, just like iOS Spotlight.
[Downoad the Evie Launcher ##android##]

2. AssistiveTouch
Another longtime iOS feature is Assistive Touch, which adds a floating menu of quick actions on your screen. This is a special menu that was conceived to simplify the work with the device by people with disabilities. But, in fact, in this menu, the functionality of all the buttons of your device is duplicated.

3. Universal Clipboard
Apple users can easily share a common clipboard between their Mac and iOS devices. There is an app called 'Clipbrd' that brings this functionality to Android as well.

So, if you copy some text on your Android, you can paste it on your computer, or vice-versa. The feature has several practical usages, among which is the easy transmission of a URL from one device to another.

To get started, install the Clipbrd Android app and the Chrome extension on your computer. Create a new account and you’ll be ready.