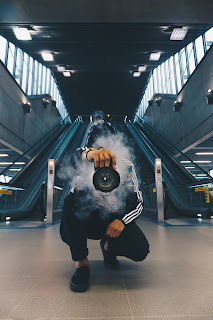 Smartphone market in India is growing rapidly. Looking at this, all mobile phone maker companies are launching new phones, one after another.

For now the Chinese company Xiaomi's sub-brand Redmi has officially confirmed that they are working on a phone with a 64-megapixel camera which is expected to be release soon.

Now a days where 48-megapixel camera sensors have become become popular, owning a phone with 64-megapixel clearly shows how fast our technology is booming. The company had shared the details about its new phone on its social networking site Weibo and also stated that it will be the world's first 64 MP camera smartphone - well who can argue that!

Right now, there is no name for this 64 MP camera smartphone, however, since the company gave 48-megapixels camera in Redmi Note 7 Pro so there could be a probability that the name of this new phone could be Redmi Note 8 Pro.

The Redmi Note 7 series had been quite popular in China and other markets including India, hence, we can be sure that the company would not want to compromise with the quality of its new phone, specially its camera.

Redmi has officially disclosed more detailed information about its upcoming smartphone. They confirmed that the smartphone will come with four rear camera sensors. They also said that the size of an image would be about 20 MB.

According to the camera sample given in the social media post, the camera will have top-notch zooming technology. You'll also get better Noise Reduction, Color Accuracy and Phase-detection Auto-Focus support.

In the Weibo Post, it is reported that this upcoming smartphone will be able to capture photos with 9248 x 6936 pixel resolution. It will be using four pixel billing technology, which will merge four images of 16 MPs.

The photo taken by the phone will be ultra high resolution, which will be more advanced than any 8K TV.

It will not be a surprise if the camera performance of this new smartphone gives DSLR resembling shots.