WhatsApp Is About to Make Your Life Easier

A new feature to search messages on the web to know if it is fake. 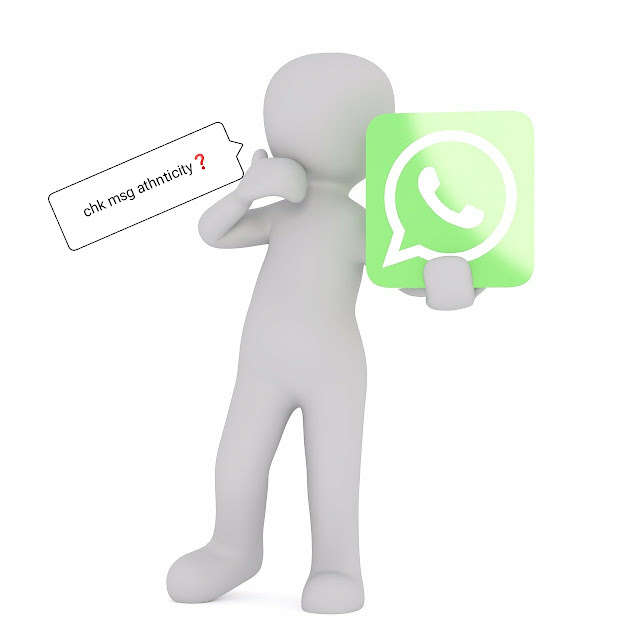 Lets face it, we all have a tendency of sharing messages on WhatsApp, specially those which appears to be critical or some sort of warnings, just so that we can make others aware of the same to keep them safe. Then we feel proud of ourselves thinking we did a good job. But there are some cases wherein the messages are just rumors and by our usual sharing habits it becomes viral which is not a good outcome as people get panic.

WhatsApp Testing On Its New Update


In order to prevent a rumor from being shared several times, WhatsApp has started testing a new feature in its latest beta.

According to the reports, the app should now provide a search icon next to the suspicious message. So, when you touch the magnifying glass, you will be directed to Google to check if that message is genuine or fake.

The idea of making it easier for the user to check the authenticity of the received message on Google can end up causing many people to give up sharing fake news.

This feature is currently under development and is expected to be made available in the coming future. So let us hope it comes fast.

So what did you think of the new feature? Don't forget to share your opinion here in the comments.

DIY,37,Health,47,Money,20,My Diary,33,News,55,Reviews,28,Science,26,Store,15,Tech,58,
ltr
item
Homies Hacks: WhatsApp Is About to Make Your Life Easier
WhatsApp Is About to Make Your Life Easier
A new feature to search messages on the web to know if it is fake.
https://1.bp.blogspot.com/-ZSHKRrLCxLU/XnxSeXBAPSI/AAAAAAAACd8/2EnPTILfCXM5Ipngb6MFAwkdZy8vxgRvACLcBGAsYHQ/s640/WhatsApp%2BIs%2BAbout%2Bto%2BMake%2BYour%2BLife%2BEasier.jpg
https://1.bp.blogspot.com/-ZSHKRrLCxLU/XnxSeXBAPSI/AAAAAAAACd8/2EnPTILfCXM5Ipngb6MFAwkdZy8vxgRvACLcBGAsYHQ/s72-c/WhatsApp%2BIs%2BAbout%2Bto%2BMake%2BYour%2BLife%2BEasier.jpg
Homies Hacks
https://www.homieshacks.com/2020/03/whatsapp-is-about-to-make-your-life.html
https://www.homieshacks.com/
https://www.homieshacks.com/
https://www.homieshacks.com/2020/03/whatsapp-is-about-to-make-your-life.html
true
5792707671424551706
UTF-8
Loaded All Posts Not found any posts VIEW ALL Readmore Reply Cancel reply Delete By Home PAGES POSTS View All RECOMMENDED FOR YOU LABEL ARCHIVE SEARCH ALL POSTS Not found any post match with your request Back Home Sunday Monday Tuesday Wednesday Thursday Friday Saturday Sun Mon Tue Wed Thu Fri Sat January February March April May June July August September October November December Jan Feb Mar Apr May Jun Jul Aug Sep Oct Nov Dec just now 1 minute ago $$1$$ minutes ago 1 hour ago $$1$$ hours ago Yesterday $$1$$ days ago $$1$$ weeks ago more than 5 weeks ago Followers Follow THIS PREMIUM CONTENT IS LOCKED STEP 1: Share to a social network STEP 2: Click the link on your social network Copy All Code Select All Code All codes were copied to your clipboard Can not copy the codes / texts, please press [CTRL]+[C] (or CMD+C with Mac) to copy Table of Content